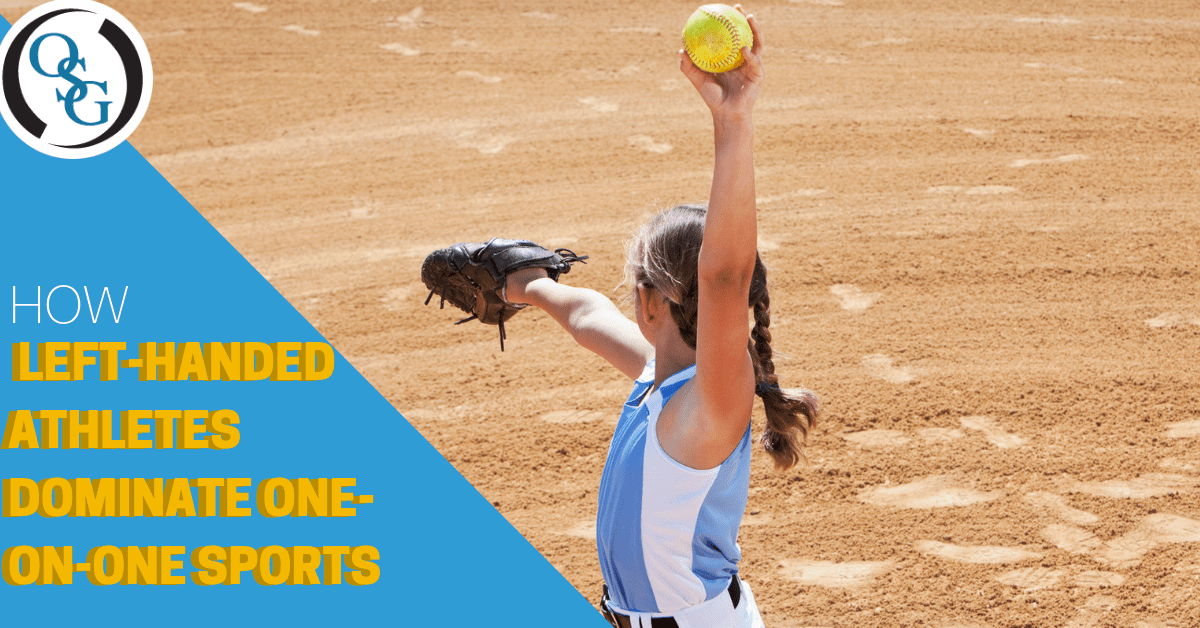 If you surveyed the 100 people closest to you, chances are only 10 would be left-handed. Lefties may typically be the underdog, but not when it comes to one-on-one sports! If you asked 100 professional baseball players, there’s a good chance you’d right a high number of lefties among the group. This is because being left-handed gives athletes the upper hand (pun intended) early in their career.

Having the Upper Hand

Left-handed athletes have an advantage in sports that involve aiming something towards an opponent, whether that’s a baseball or tennis ball, or a contact sport such as boxing. The simple fact is, lefties are kind of rare. That’s pretty empowering for children who are left-handed and want to play sports. Around 90 percent of the popular who start playing baseball are right-handed. Being a leftie in baseball is like having a special powerup or a surprise attack. When a player faces off against a lefty batter or pitcher, it throws off their game.

Often, athletes practice the same plays that are guaranteed to bring an end result, such as striking out the other team. But when the opposing team is set in their play, and your left-handed player gets up to bat, their play is thrown off. You may just have a home run on your hands.

This isn’t just theory: left-handed players have a leg up on their competition, and it helps them to rise to the professional ranks faster than their right-handed counterparts. Studies show that in comparison to the 10 percent of the people who are left-handed in the general population, lefties make up one-third of Major League Baseball players, 20 percent of the top-ranked boxers, and 20-25 percent of the top-ranked fencers. The same cannot be said for sports where lefties wouldn’t have an edge, such as American football.

No matter what arm your pitch with, it’s important to keep your bones and muscles healthy so you can be on your A-game. To prevent injuries, it’s important for athletes to exercise regularly, have a healthy diet and wear protective gear. If you do get injured during a game, our orthopedics at Orthopaedic Specialty Group are versed in sports medicine and are ready to help. Our physicians’ wide range of expertise provides complete care in all areas of treatment including advanced surgical and nonsurgical techniques, pain management, rehabilitation, and neurosurgery.

Simply put, we can fix virtually every bone and joint in your body. Quickly and safely. Contact us today to schedule your next appointment.

How can we help you?
Get In Touch

If you would like to schedule an appointment at one of our seven locations in Southern Connecticut please give us a call at:
(203) 337-2600 (option 3).